Hi, if you’ve been wondering why I didn’t post all week – 2 weeks ago, it is because I went on a cruise! This wasn’t my first cruise (nor do I wish it to be my last!) and I had a wonderful time! I’m mainly going to talk about seeing Mayan ruins in Belize, because that’s the only excursion I went on. This is my second time going to Belize, I first went back in 2012. Belize is south of the Yucatan peninsula of Mexico and east of Guatemala. My tour was a mile and a half from Guatemala, which is where the read dot is on the map below.

These ruins is the best Mayan ruins I’ve been to, but Coba in Mexico had more of a cultural tour. The place is called Xunantunich, which was a Mayan city in the late classical period of the civilization. The city is about 800 feet above sea level, and the tallest ruin I climbed is about 130 feet above that. On this tour I didn’t learn as much about their culture as I said before, but the ruins are breathtaking! Below are some pictures that I took and some information about them.

This is the ruin I climbed and it’s 130 feet tall, my ears popped slightly nearing the top. The first few steps are quite tall, especially since the Mayan are small people, think about them building this!

After some twists and turns, I climbed up to this platform (from where this picture is taken) and the sun was just bearing down on me, it was hot! Then, I looked up and saw this and . . . wow! Of course this is refurbished by the excavators, but it’s still amazing. The picture is a carving of the Mayan gods. 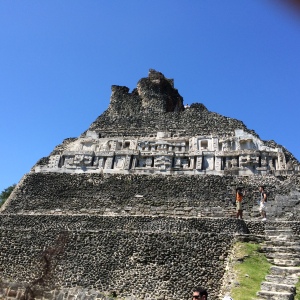 Here’s another picture to see how steep it is. I don’t have a picture of what comes next, but I felt like I was in a Scooby-Doo temple Cartoon or in an Indiana Jones movie. The space I had to walk on was just under 2 feet wide, which may seem like  a lot, but when you’re at this height with no guard rail it isn’t. The stones are slippery and smoothed over, but still easy to trip on, and it’s twisty turny. Once I get half way to the top, the ruin becomes enclosed, which means lots and lots of bugs!

I get to the top and look out and see . . .  just beautiful green everywhere.

Here’s the view of other ruins from the top.

Here’s a video that puts it all into view. You don’t need sound because no one is talking, just breathtaking landscape.

Leaving you with a nice sunset picture from the boat! 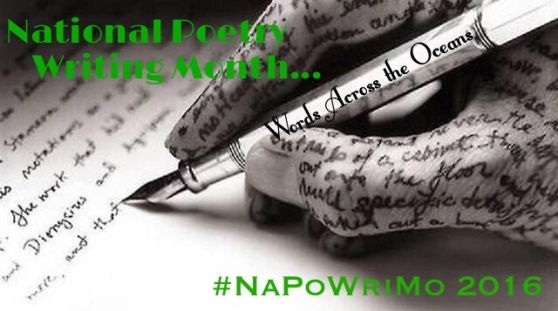